Which Company Has the Lowest Cost of Car Insurance in Goodyear?

Are you preparing to purchase auto insurance in Goodyear, AZ? If you just moved to the area or are getting a license for the first time, you’ll need to become familiar with the state’s auto insurance laws and regulations.

As a driver in Arizona, you are responsible for acquiring the minimum amount of auto insurance for all vehicle types, including cars, trucks, motorcycles, golf carts, and mopeds. There are many insurance companies authorized to do business in the state, so finding an option that fits your driving habits and budget shouldn’t be a problem.

The best way to begin your search is by gaining a better understanding of how insurance companies price their coverage options.

Most insures base their rates on a number of factors, including, but not necessarily limited to:

Population density is often a big consideration for companies when determining the cost of insurance. In general, insurers are inclined to charge higher rates in highly populated areas because there is an increased risk of accidents. Fewer cars on the roads means fewer accidents. Guidelines vary widely, but a standard rule is that drivers should expect to pay more for insurance when there are more than 5,000 people per square mile. In 2019, the total estimated population for Goodyear, AZ was 86,840, making the population per square mile only 340. This is well below the threshold for higher rates, so resident drivers can likely expect this to positively impact local insurance premiums.

Insurance companies also use average commute times to establish the cost of insurance in a particular area. Drivers who spend less time on the road ultimately have fewer opportunities to be involved in an accident. On the other hand, longer commutes, especially in highly populated areas, increase the risk of collisions. Most insurers use the national average commute time of 26.6 minutes as a standard, charging more or less depending on how a location compares. While Goodyear, AZ has a small population, a significant portion of residents travel farther for work. From 2014 to 2018, the mean commute time for workers 16 years and older was over 30 minutes. This is well above the national average and likely to result in increased insurance rates.

Yet another important factor many insurers keep in mind is the frequency of auto theft in the area. This can cost companies big, so they tend to raise rates for high-risk areas. This will likely make a positive difference for drivers in Goodyear, AZ, however. The risk of theft is relatively negligible, as the city is not even included in the National Insurance Crime Bureau’s (NICBs) 2018 Hot Spots Report Map. 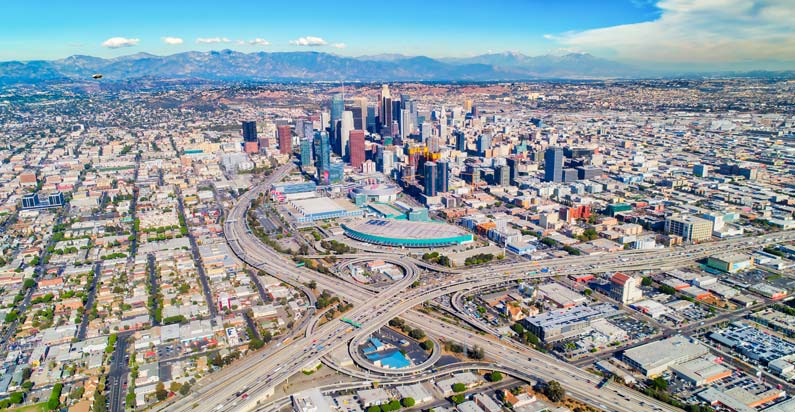 How Much Auto Insurance Coverage is Needed for Goodyear Drivers?

Arizona law requires every motor vehicle to be covered by insurance through a company authorized to do business in the state. When policies are cancelled or lapse, insurers notify the MVD directly. This makes it easy to identify and penalize drivers for failing to maintain the necessary insurance.

Failure to have the following minimum insurance coverage can result in the suspension of your vehicle registration and/or diver license:

Drivers must have a minimum of $25,000 of coverage for one person injured and $50,000 to cover two or more persons injured in an accident.

Drivers must have a minimum of $15,000 of coverage per accident to pay for any property damage they cause in an accident that is their fault.

Drivers are expected to all hold the previous insurance, however, if a motorist is not insured, the insured driver would be left to foot the bill despite following the law. For that reason, Arizona requires that drivers also hold uninsured motorist bodily injury coverage, which must provide a minimum of $$25,000 per person and $50,000 per accident

Another requirement in Arizona will make it easier for drivers who are not at fault in an accident to get the full cost of the accident in terms of medical bills paid for. If the at-fault motorist’s coverage does not pay the entire cost, your underinsured motorist coverage will protect your assets.

It’s important to note that drivers are free and encouraged to select additional coverage to better meet their unique needs. Liability is only helpful when you are found responsible for the accident in question, though the under/uninsured motorist coverage will certainly help. However, in some circumstances, such as a bad storm or fire, you may still be responsible for all the cost of repair and/or replacement for your vehicle.

Because it’s a competitive market, some companies offer lower auto insurance rates than others in order to attract more customers. In Arizona, some of the cheapest solutions include Geico, State Farm Mutual, and Progressive. Local rates do vary, however, and drivers should never base their selection solely on cost. There are several factors to consider such as the scope of coverage, customer service ratings, and reviews. It’s often better to pay a little more for the insurance you truly need.

How are insurance rates determined and getting cheap insurance close by.

Having a bad credit score can increase the cost of auto insurance in Arizona because insurers are not blocked from using your credit score to determine your insurance premium. However, this does not mean that it’s impossible to find coverage at a reasonable rate. You should be prepared to request multiple quotes from several different companies and consider each option carefully before making a final decision. Also, remember that there are many factors that help to determine a person’s insurance premiums. One of the best insurance companies for drivers with poor credit in Arizona is Geico, making it a good place to start your search.

Learn how your credit score determines your car insurance premiums.

Liability-only coverage means that you are only paying to cover the cost of damage that you do to other people and their property in the event you are at fault in an accident. It covers the costs of medical bills for people you injure or repair costs for property you damage.

It is a good idea to carry more liability insurance than these minimum amounts required by the state of {location-state} because you will be personally financially liable if you are in an accident and cause more damage to people or property than the state’s minimum required coverage levels.

Why You May Want Full Coverage Car Insurance

There are two main types of coverage beyond liability coverage:

Collision – This type of insurance covers the cost of repairs to your vehicle or your property that you might damage in an accident in which you are at fault.

Comprehensive – This type of insurance covers the repair costs for your vehicle when one of those unusual things happen that are outside of your control, like weather-related damage to your vehicle, theft, vandalism, and deer stepping in front of your vehicle as you drive.

Additional cities in Goodyear you can check out.

Save on Your Insurance Policy Rates With These Discounts in Goodyear:

To learn more about the common and uncommon driver discounts, click here.

Insurance companies factor in many variables when determining your automobile insurance rate. They look at your age, type of car, marital status, gender, and driving record, among other factors. Age is a factor because actuaries have found that older drivers tend to be safer drivers, whether due to experience or caution.

Your type of car is also important. For instance, cherry red convertible sports cars in particular might have the highest insurance rates. On this note, be aware that you might pay a lower premium for driving the sedan version of a sporty, high-horsepower vehicle. Still, what matters most is how you drive your hot-hatch or family wagon.

That’s because your driving record is perhaps the biggest single factor in your insurance rate. It is certainly the one that you have the most control over. That is, the longer you can maintain an incident-free driving record, the lower your rates are sure to be. Incidents can be anything from a minor speeding ticket to a reckless driving charge to being at-fault in a major automobile accident.

Check Out Car Insurance Companies in Goodyear and Reviews