Founders: Then and Now

In order to evaluate and compare Farmers insurance company’s rankings against other insurance companies, the methods of popular research and ratings companies are utilized to determine a ranking according to various factors. Customer satisfaction, policy offerings, policy prices, agent and call center interactions, claims processing procedures, and other evaluations can all be factors. Research and ratings companies can include such prominent names at A.M. Best, Moody’s, and Standard and Poor’s, which each assess a unique array of such factors 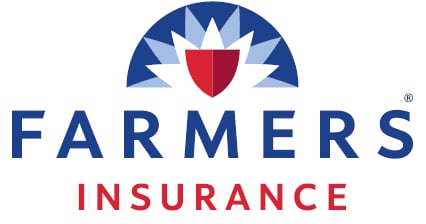 For example, a 2017 J.D. Power study reveals that in the area of U.S. Auto Claims Satisfaction, their study revealed a rank of 12th place for Farmers, with more specific ratings as follows:

Farmers earned 3 out of a possible 5 stars, or an average rating, in six out of seven factors measured, including:

The seventh factor measured, known as the repair process, earned Farmers 2 stars out of a possible five, or a below average rating.

But the J.D. Power study indicated a broad range of rankings when the different regions and states within the country were considered. 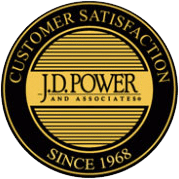 Farmers earned 2 out of 5 scores, or a below average rating, on five out of six factors, which were:

The sixth factor of price, earned Farmers three out of five stars in the California study.

In the Central states study from J.D. Power, Farmers ranked in 9th place overall, with the following scores:

They earned 3 stars out of five, or an average rating, on the areas of:

In the Florida study, Farmers did not rank high enough to be included in the top 15 rankings provided.

In the MidAtlantic region’s study, Farmers ranked in 10th place with scores as follows:

3 stars out of a possible 5 in the factors of:

They earned a score of 4 stars in the category of: Policy Offerings

For the New England region’s study, as well as New York State, Farmers did not rank high enough to be included in the top scores provided.

In the North Central region, Farmers ranked 16th, with scores of:

Three out of five stars, or an average rating in: overall satisfaction, policy offerings, billing process and policy info, interactions and claims.

They earned 2 stars, or below average, in: Price

For the Northwest region, Farmers ranked 4th overall, with slightly better with scores of:

For additional details on J.D. Power study scores for Farmers in the Southeast, Southwest, and Texas regions, please visit this site.

On the National Association of Insurance Commissioners site, NAIC provides information on insurance topics like complaints and licensing financial information. In regard to Farmers, they provided the following information:

For Farmers Automobile Insurance Association, zero complaints were reported for 2017. It should be noted, however, that a star replaces a number in most states’ categories, which means that the company did not write business in the state in the year 2017. The same is true for 2016, with the exception of 4 complaints being filed in the state of Indiana.

For Alamance Farmers Mutual Insurance Company, zero complaints have been reported for the year 2017, with the same situation being true for the company not writing business in many states this year. 2016 revealed the same results for Alamance.

For American Farmers and Ranchers Insurance Company, zero complaints were reported for 2017, with a large number of stars indicating the company did not write business in many states this year. The same is true for 2016, with the exception of one complaint reported for Oklahoma.

The exact same reports were made for American Farmers and Ranchers Life Insurance in 2017 with zero complaints and many stars indicating no business was written in many states this year. 2016 also had one complaint in the state of Oklahoma.

To evaluate Farmers on the company’s financial stability, we can look at Moody’s and A.M. Best’s analyses.

As of January 2017, A.M. Best issued a press release with the following ratings on Farmers Insurance, according to their website:

Moody’s gave an overall rating of “stable” as well in their Rating Action here.

Discounts and Deals with Farmers

Farmer’s offers a Friendly Review® Session once per year where customers can meet with an advisor either in person or online. This can be useful for discussing changes to the household or other events that may impact insurance policies.

They also offer a Farmers® Rewards Visa® Card which can be used to accumulate points toward gift cards, travel, Farmers products, and various types of merchandise.

Farmers offers discounts on insurance which varies according to state. New Mexico customers, for example, can qualify for discounts like:

Overall, Farmers Insurance is a reasonable choice for students, families, individuals, and businesses that want to protect their belongings and livelihoods from damage